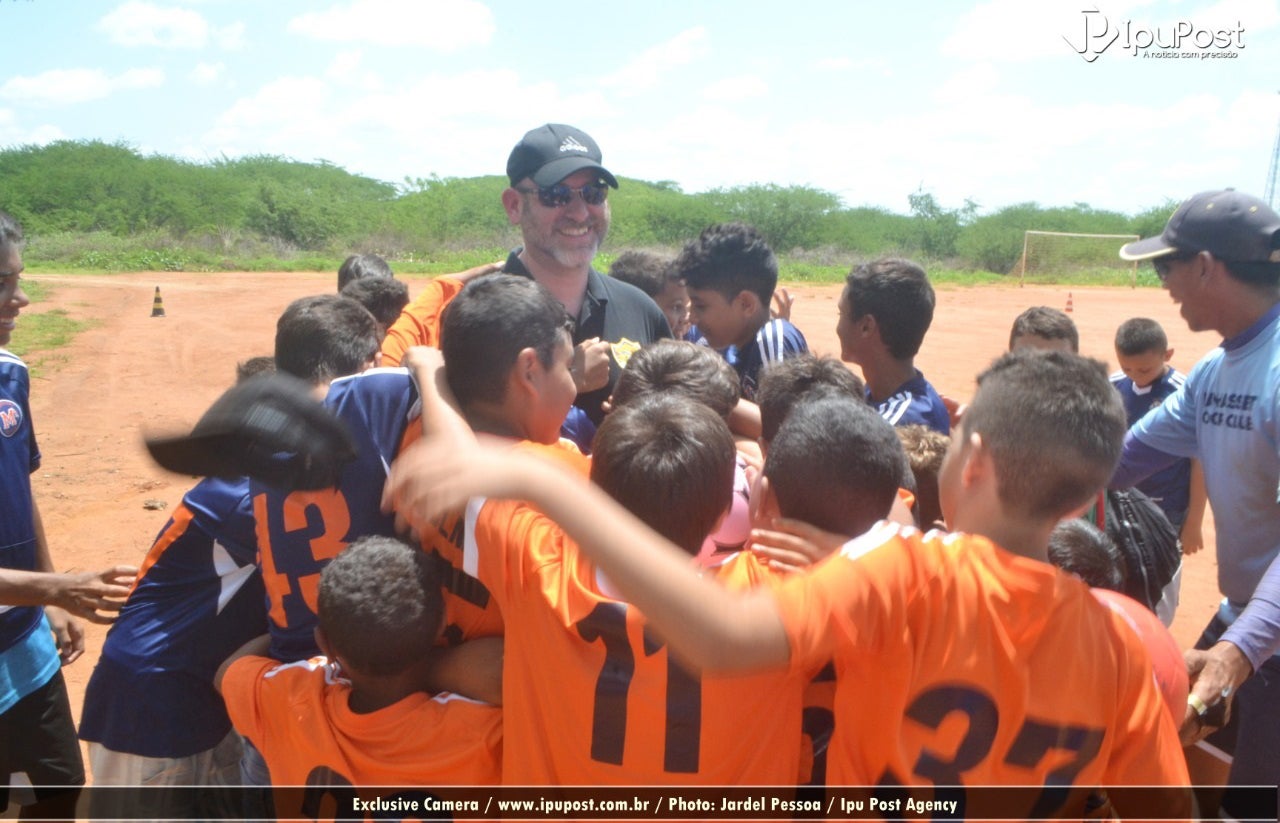 As a nonprofit founder and a public safety commissioner of a township of 300,000, Shawn Brown keeps a full schedule.

“I think people get the most out of their day when they are busy—when they have things to do—because they value their time,” offers Brown (A&S ’95).

By this standard, Brown highly values his time. 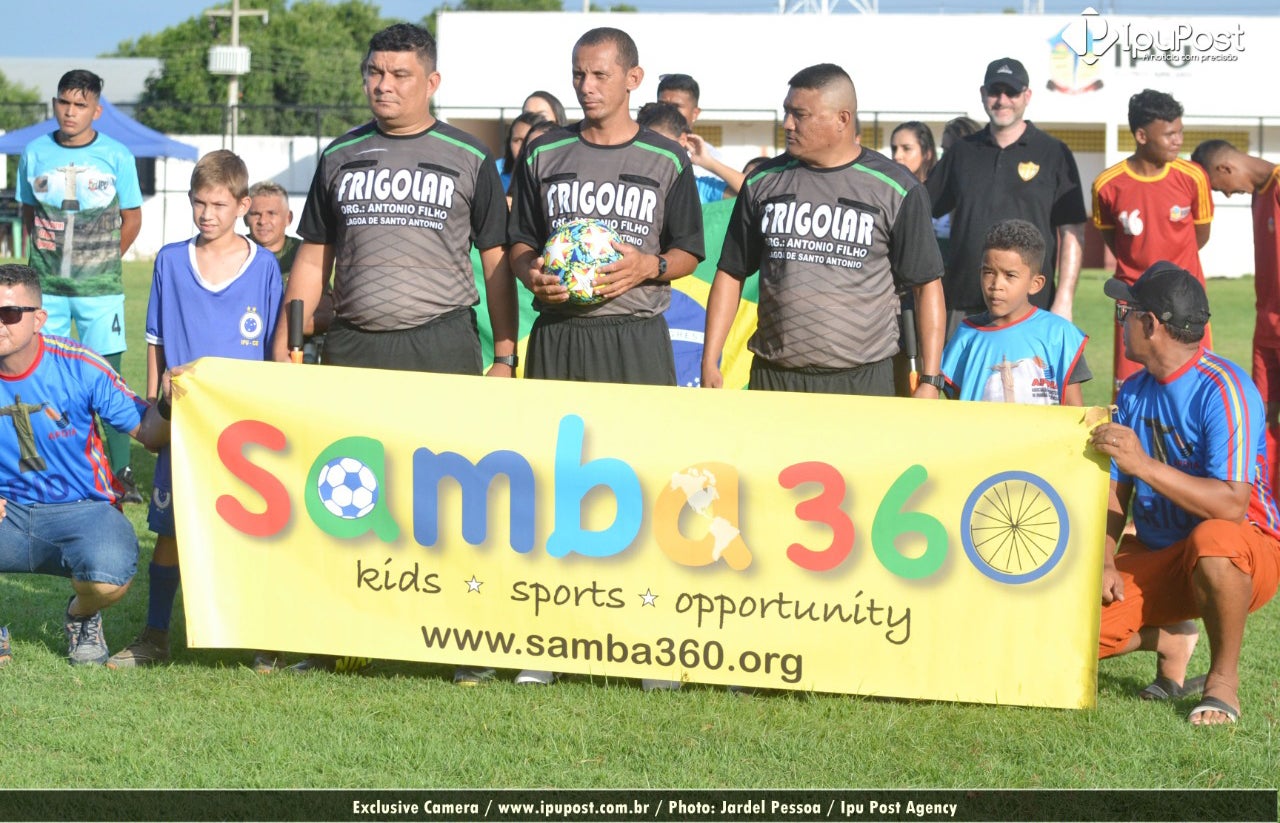 Since 2013, Brown has run Samba 360, a nonprofit organization that provides disadvantaged children with donated sporting goods. From its inception, Samba 360 has given away more than 7,000 pieces of sporting equipment, including uniforms, soccer balls, cleats and shin guards.

“Anything that promotes sports, we’ve given away,” says Brown.

Brown established Samba 360 after being struck by the widespread poverty he saw when visiting South America with his wife, a Brazilian native. Children without sporting equipment play with makeshift soccer balls and goals constructed from the materials around them.

“Children don’t have access to sports uniforms, to soccer balls, to air pumps to put air in the soccer balls, to needles to fill the air – or to food,” says Brown. “I wanted to do something other than being just the typical tourist.”

Brown’s Samba 360, an all-volunteer organization, collects used sports equipment to give to children across North and South America.

“I have sheds at my house that are filled with soccer balls and uniforms ready to be distributed; I have volunteers who have their basements filled with our stuff,” Brown says. “We keep our expenses really low by being an all-volunteer charity. I’m really proud of that.”

When Brown isn’t running Samba 360, he works full time as the commissioner for the Department of Public Safety for the town of North Hempstead, NY. As commissioner, Brown directs six divisions, including emergency management, code enforcement, parking enforcement, harbor patrol, the animal shelter and the Port Washington parking district.

Between managing a little navy, being the chief dog catcher, and, most recently, overseeing the enforcement of measures to contain a global pandemic, Brown spends his workday serving the public. It is a lot, but this is his passion.

“I’ve always been interested in public service and helping the community,” he says.

Even as an undergraduate at Pitt, Brown kept busy with public service, working for the Clinton-Gore campaign and as an intern with a human rights organization. After graduating with a degree in history and political science, he returned to the University as an admissions counselor and financial aid officer.

Brown says, “Pittsburgh is such a great city, and the University is a wonderful place to get a higher education.”

Brown has fond memories of his time at Pitt and tries to visit every year. He particularly appreciates the city’s prevalent sense of community.

“People take pride in their community,” he says. “They’re not out for themselves, they’re out for the community, and everyone’s thinking about the big picture.”

Eventually, Brown returned to New York, his home state, and launched his political career. After working on a congressional campaign and meeting local government officials, he took a position working for North Hempstead, where he was appointed commissioner in 2016.

Brown has served his township for the last 23 years, was president of the New York Pitt Club, and has volunteered with Big Brothers Big Sisters. He has dedicated his life to serving the public and plans to continue doing so by expanding the impact of Samba 360 throughout the Americas.

“Our goal is to have a charitable partner in every country from South America to North America,” he says. “We’ve given donations to NGOs in Mexico, El Salvador, Honduras, Brazil, Jamaica, Panama, Columbia—the list goes on. There are a few countries that we haven’t been able to get into with our donations yet, but we’re getting there.”

While the COVID-19 pandemic has interrupted recent distribution plans, back at home Samba 360 is supporting the local community by making face masks for nursing homes from soccer T-shirts. The drive is expected to continue through the pandemic.

“Volunteers have enjoyed creating masks, and with school closed through the summer, many students will continue to turn T-shirts into face masks,” says Brown. 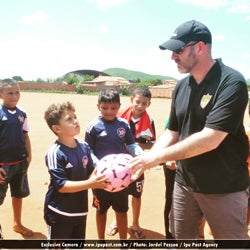 Samba 360 has allowed Brown to make an impact on the lives of thousands of children and families across the Americas. It’s an incredible effort of kindness, but Brown says the work is gratifying. In January, he was able to travel to Brazil to distribute eight duffle bags packed full of sports gear.

“It’s very rewarding when you go to Brazil and you go to the soccer field and the boys and girls line up for their soccer balls or their jerseys,” he says. “It’s moving and it’s extremely emotional because these kids are really poor. I’ve been in their homes, and in their communities, and they don’t have anything, they really have nothing”

“We want to level the playing field.”

A large proportion of Samba 360’s donated gear is soccer equipment. A soccer player himself, Brown says the sport is great for kids, particularly in Brazil, where the school day ends at noon.

“I just love it,” Brown says. “I love the sport. What’s nice about soccer is that all you need is a ball, and that’s it. Anybody can play soccer.”

In Focus: Examining the Intersection of Culture and Medicine

Close Up: Building a Bridge for Water Research