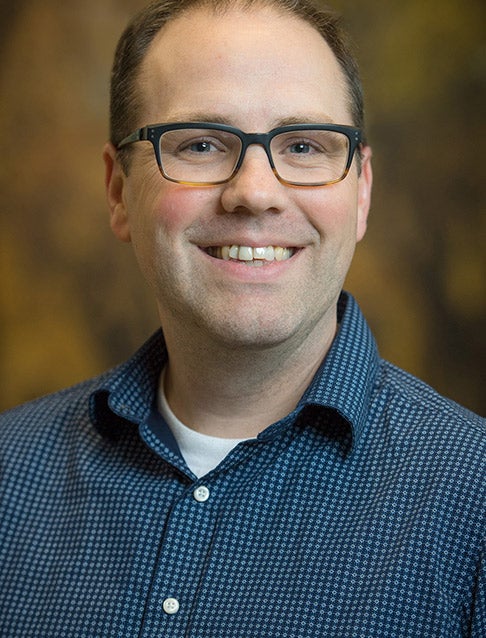 When Tom Dunn started graduate school, U.S. culture was only beginning to debate legalizing same-sex marriage. Homophobic slurs were even more commonplace than they are today, and legal protections for sexual minorities were rare. A decade later, interacting with his students as a recently tenured associate professor of communication studies at Colorado State University, he’s amazed—and a bit bemused—to be the “old guy” in the room talking about the way things used to be.

Dunn, who earned a PhD in communication with a PhD certificate in gender, sexuality, and women’s studies from the Dietrich School in 2011, spends a lot of time recounting GLBTQ (gay, lesbian, bisexual, transgender, and queer) history with his students to give them a better understanding. It’s part of the package that comes with specializing in queer theory, in which scholarship dates back only to the early 1990s.

A year or two from now, Dunn will be teaching undergraduates who have no personal memory of the attacks of September 11, 2001. Similarly, in his own lifetime millions of men who had sex with men died from HIV/AIDS—a concept that is foreign to his students, yet which it is incumbent upon him to communicate.

When Dunn was applying to graduate school, finding GLBTQ-identified faculty members to serve as mentors at top PhD programs in the discipline was a challenge. They existed, but were few and far between.

“It has just blown up since then,” he says, with queer-theory research recognized as being good and productive work. That includes Dunn’s own research, which won recognition last year when he was named a winner of the New Investigator Award from the Critical/Cultural Studies Division of the National Communication Association. “It doesn’t feel like a blip. It’s serious, sustained scholarship.”

It was his own search for a mentor that drew Dunn to Pitt from his college teaching job in Boston. Lester Olson, chair and professor in the Department of Communication, was one of the few scholars at the time who studied GLBTQ issues in rhetoric at a PhD-granting institution. When Dunn visited the campus and met the faculty and students, “it was locked,” he recalls. “I felt like it was a great community of engaged and exciting people who really cared about the things that mattered to them. And I wanted to be part of that community.”

He arrived in August 2007, laser-focused on pursuiing a career in academia. For years, he had been resisting that path; a first-generation college student from upstate New York, Dunn initially just wanted to get a job, any job. He dabbled in politics and law, but found that any time he strayed from the academic route, he was drawn back to it. Writing and speaking were destined to be his life’s work, and he wanted to give voice to a history that had long been suppressed.

The research he conducted at Pitt under Olson’s direction evolved into his first book, Queerly Remembered: Rhetorics for Representing the GLBTQ Past, published in 2016. The book explores ways in which GLBTQ people have increasingly told their memories publicly to advocate for political, social, and cultural change in the present.

In addition to Olson, other Pitt faculty members and graduate students helped Dunn to shape his future, he says.

“I loved the really careful attention [at Pitt] to being taught how to be a good teacher, and having very prolific conversations about what graduate school is, and how that shaped your career in academia. I’m not sure that happens everywhere,” he says.

Scholarships and fellowships allowed him to conduct meaningful research that might not have been possible elsewhere, he adds.

Of his recent award, Dunn admits he was initially hesitant to apply for it, but extremely appreciative when he learned he’d won.

“It’s the kind of award that’s flattering and encouraging because it’s not just recognition for one project or one article that you wrote,” he explains. “But it is recognition that the first several years of your academic career have been meaningful and impactful to people you respect and people you call colleagues.”

He says the award also signals that he should keep pushing forward in his career in communication.

People who today are communication majors might in the past have studied English instead, Dunn believes. But increasingly, communication attracts students by tackling how people learn to speak to each other within the context of current society. Dunn says communication is poised to become one of the great disciplines of the 21st century.

“In some ways, the current political climate has been a bit of a challenge for the work I’ve done up to this point,” he notes. For example, his book assumed there were opportunities to grow institutional ways of remembering queer lives, in monuments and schools.

“The election radically upended a lot of those things,” he says.

From his previous research, Dunn knows how much of queer theory is based in activism. And that, in turn, is shaping his current work.

“I’m starting to throw sharper elbows in conversations and being more critical about what we need to do to move the ball forward,” he says.