John A. Twyning, Associate Dean, Undergraduate Studies and the College of General Studies 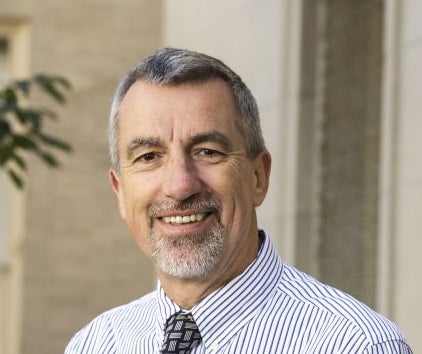 As associate dean for undergraduate studies and the College of General Studies, John Twyning continues the University of Pittsburgh’s legacy of excellence in undergraduate education by providing students with a strong curriculum, excellent instruction, and superior programs to ensure that all students can compete at the highest levels.

He offers leadership on curricular issues through the Dietrich School of Arts and Sciences undergraduate council and directs the team of assistant deans and other professionals who provide the academic services traditionally expected of the Office of the Associate Dean for Undergraduate Studies. Those services include Academic Advising; First-Year Programs; Study Lab; the Office of Undergraduate Research, Scholarship, and Creative Activity (OUR); and Student Records.

Twyning is an accomplished scholar of English literature and culture, especially from the early modern era. He came to the University of Pittsburgh as a visiting lecturer in 1992, entered the tenure stream as an assistant professor in 1996, and was promoted to associate professor and awarded tenure in 2000.

His achievements in academic administration and curricular innovation include service as director of the literature program in the Department of English from 2000-2009. Under his leadership, the program went through a major restructuring of the core curriculum, as well as the broadening and modernizing of the elective courses resulting in the addition of 20 new courses and expansion of the major. He also led the Department of English through the successful integration of a University-wide assessment initiative.

Twyning’s research is deeply rooted in the proposition that texts be read within the historical, social, and geographic contexts that gave them their origin and their audience, leading to the exploration of the connections between literature, landscape, architecture, and history. His first book, authored in 1998, and reprinted and published electronically in 2004, examines London’s social and literary history. His second book, currently under contract, examines the way Englishness is shaped and revised around a series of ‘Gothic revivals’ in literature, architecture, and landscape. He has published extensively in his discipline and presented his research findings at major conferences throughout the country.

From 2009 until his appointment as associate dean in January 2011, Twyning served as chair of the Department of English, the Dietrich School's largest department and a department at the core of the undergraduate program.

Explore the possibilities that await you as a Dietrich School undergraduate.